Surgical treatments vary in complexity. Sometimes the goal of surgery is to stop the growth of the longer limb. Other times, surgeons work to lengthen the shorter limb. Orthopedic surgeons may treat children who have limb-length conditions with one or a combination of these surgical techniques. Bone resection. An operation to remove a section of bone, evening out the limbs in teens or adults who are no longer growing. Epiphyseal stapling. An operation to slow the rate of growth of the longer limb by inserting staples into the growth plate, then removing them when the desired result is achieved. Epiphysiodesis. An operation to slow the rate of growth of the longer limb by creating a permanent bony ridge near the growth plate. Limb lengthening. A procedure (also called distraction osteogenesis or the Ilizarov procedure) that involves attaching an internal or external fixator to a limb and gradually pulling apart bone segments to grow new bone between them. There are several ways your doctor can predict the final LLD, and thus the timing of the surgery. The easiest way is the so-called Australian method, popularised by Dr. Malcolm Menelaus, an Australian orthopedic surgeon. According to this method, growth in girls is estimated to stop at age 14, and in boys at age 16 years. The femur grows at the rate of 10 mm. a year, and the upper tibia at the rate of 6 mm. a year. Using simple arithmetic, one can get a fairly good prediction of future growth. This of course, is an average, and the patient may be an average. To cut down the risk of this, the doctor usually measures leg length using special X-ray technique (called a Scanogram) on three occasions over at least one year duration to estimate growth per year. He may also do an X-ray of the left hand to estimate the bone age (which in some cases may differ from chronological age) by comparing it with an atlas of bone age. In most cases, however, the bone age and chronological age are quite close. Another method of predicting final LLD is by using Anderson and Green?s remaining growth charts. This is a very cumbersome method, but was till the 1970?s, the only method of predicting remaining growth. More recently, however, a much more convenient method of predicting LLD was discovered by Dr. Colin Moseley from Montreal. His technique of using straight line graphs to plot growth of leg lengths is now the most widely used method of predicting leg length discrepancy. Whatever method your doctor uses, over a period of one or two years, once he has a good idea of the final LLD, he can then formulate a plan to equalize leg lengths. Epiphyseodesis is usually done in the last 2 to 3 years of growth, giving a maximum correction of about 5 cm. Leg lengthening can be done at any age, and can give corrections of 5 to10 cm., or more. 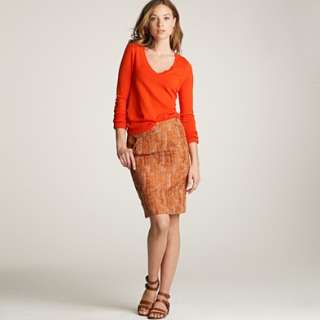 A number of causes may lead to leg length discrepancy in children. Differences in leg length frequently follow fractures in the lower extremities in children due to over or under stimulation of the growth plates in the broken leg. Leg length discrepancy may also be caused by a congenital abnormality associated with a condition called hemihypertrophy. Or it may result from neuromuscular diseases such as polio and cerebral palsy. Many times, no cause can be identified. A small leg length discrepancy of a quarter of an inch or less is quite common in the general population and of no clinical significance. Larger leg length discrepancies become more significant. The long-term consequences of a short leg may include knee pain, back pain, and abnormal gait or limp.

The symptoms of limb deformity can range from a mild difference in the appearance of a leg or arm to major loss of function of the use of an extremity. For instance, you may notice that your child has a significant limp. If there is deformity in the extremity, the patient may develop arthritis as he or she gets older, especially if the lower extremities are involved. Patients often present due to the appearance of the extremity (it looks different from the other side).

A doctor will generally take a detailed medical history of both the patient and family, including asking about recent injuries or illnesses. He or she will carefully examine the patient, observing how he or she moves and stands. If necessary, an orthopedic surgeon will order X-ray, bone age determinations and computed tomography (CT) scans or magnetic resonance imaging (MRI).

Internal heel lifts: Putting a simple heel lift inside the shoe or onto a foot orthotic has the advantage of being transferable to many pairs of shoes. It is also aesthetically more pleasing as the lift remains hidden from view. However, there is a limit as to how high the lift can be before affecting shoe fit. Dress shoes will usually only accommodate small lifts (1/8"1/4") before the heel starts to piston out of the shoe. Sneakers and workboots may allow higher lifts, e.g., up to 1/2", before heel slippage problems arise. External heel lifts: If a lift of greater than 1/2" is required, you should consider adding to the outsole of the shoe. In this way, the shoe fit remains good. Although some patients may worry about the cosmetics of the shoe, it does ensure better overall function. Nowadays with the development of synthetic foams and crepes, such lifts do not have to be as heavy as the cork buildups of the past. External buildups are not transferable and they will wear down over time, so the patient will need to be vigilant in having them repaired. On ladies' high-heel shoes, it may be possible to lower one heel and thereby correct the imbalance.

what are shoe lifts?

Large leg length inequalities can be treated by staged lengthenings or by simultaneous ipsilateral femoral and tibial lengthenings. Additionally, lengthenings can be combined with appropriately timed epiphysiodesis in an effort to produce leg length equality. Staged lengthenings are often used for congenital deficiencies such as fibular hemimelia, in which 15 cm or more may be needed to produce leg length equality. We typically plan for the final lengthening to be completed by age 13 or 14 years, and allow at least 3 years between lengthenings. Lengthening of both the tibia and femur simultaneously requires aggressive therapy and treatment of soft tissue contractures. Curran et al[57] reported the need for surgical release of soft tissue contractures in 3 of 8 patients treated with simultaneous ipsilateral femoral and tibial lengthenings. Lengthening over an IM nail can be done in an effort to decrease the amount of time the fixator needs to be worn and to prevent angular malalignment. This technique requires that the patient be skeletally mature and it carries a higher risk of osteomyelitis (up to 15%). Additionally, if premature consolidation occurs, a repeat corticotomy is more difficult.
« Everything It Is Best To Know About What Causes Mortons Neuroma »
Profile

Login to quote this blog

You cannot quote because this article is private.